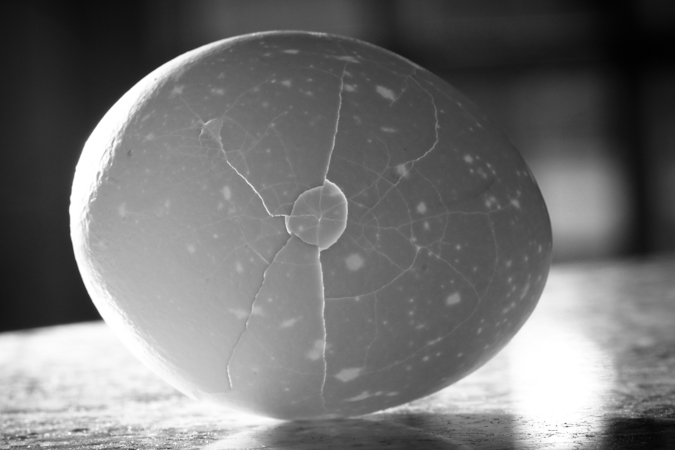 (Did you notice there is no mention of an egg?)

We were making cookies.  In his excitement to get the eggs out, Atticus dropped one.  I was hoping to do a close up shot for my 40 Fridays project.  When the egg fell, he said, “Oh no!” I said, “I can use that one. Get out another one for the cookies.”  It reminded me of why I like doing a photo project.  It helps me see ordinary events in our daily lives as something worth looking at a little longer.

I had been reading about close up photography and thought the egg would be a good subject. First I took it outside. 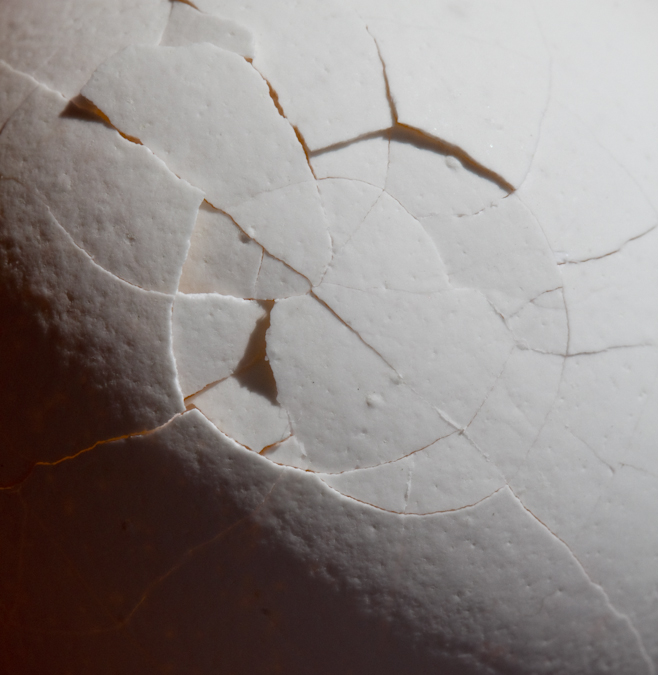 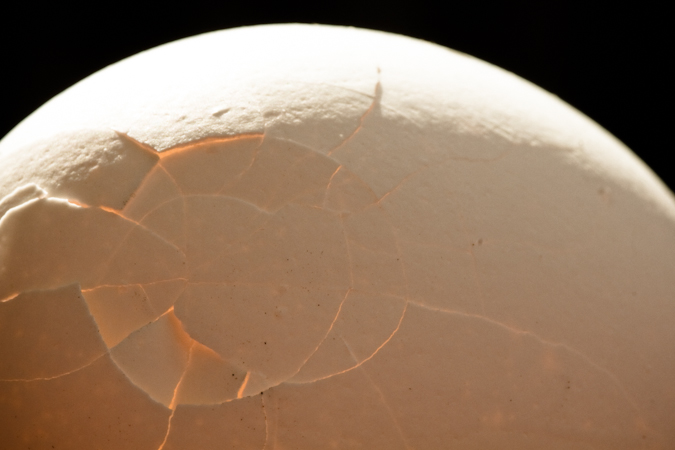 These were okay but I wasn’t really happy with them.  But, in the second one I noticed the light coming through the egg and saw thought it was interesting.

Before long, the baby needed some attention and the shoot was over.  I looked at the photos that evening and thought I’d try again.  I cracked the egg this time and set up a light behind it. 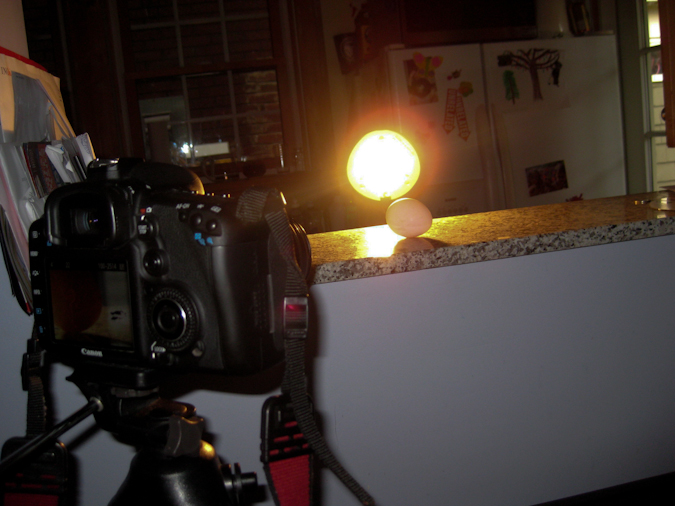 When I was reading about close up photography, I learned that to get enough depth of field this close, you need a small aperture.  With a small aperture, less light gets to the sensor, so I needed a long shutter speed.  With the long exposure, I needed to get out the tripod.  And so, this was the set up. 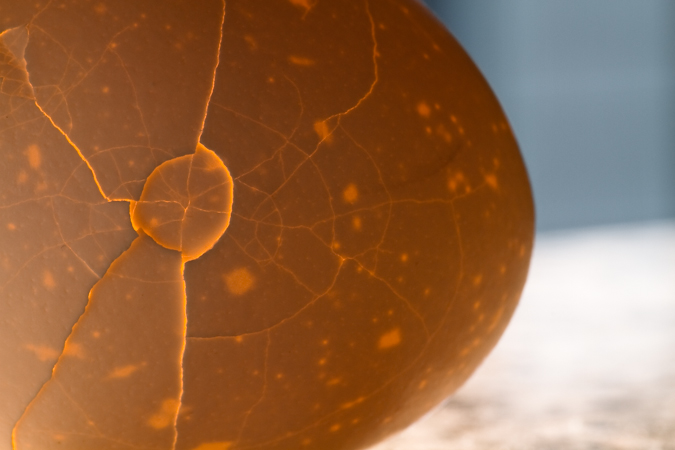 This is the first one I worked on. I liked the light shining through the egg. Then I tried it in black and white. 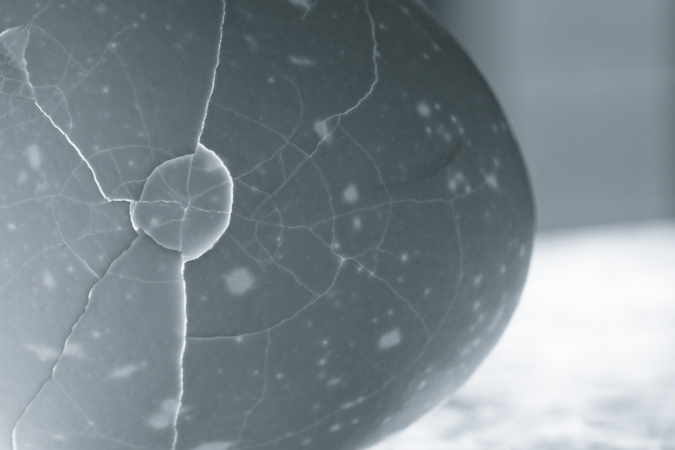 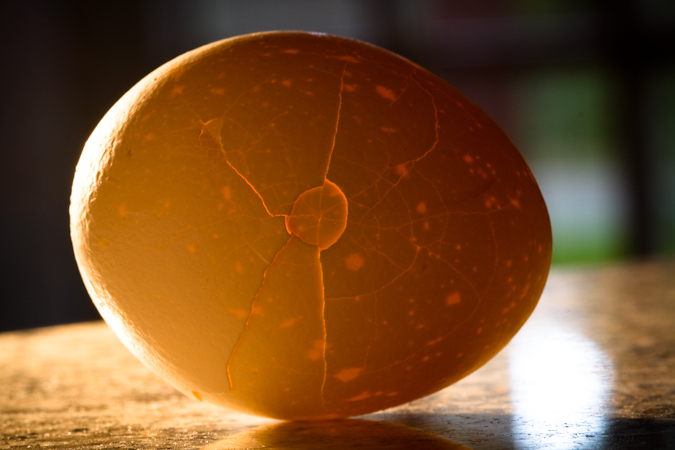 I chose this one because it was more clearly an egg, but liked the unfamiliar look that black and white gave it.