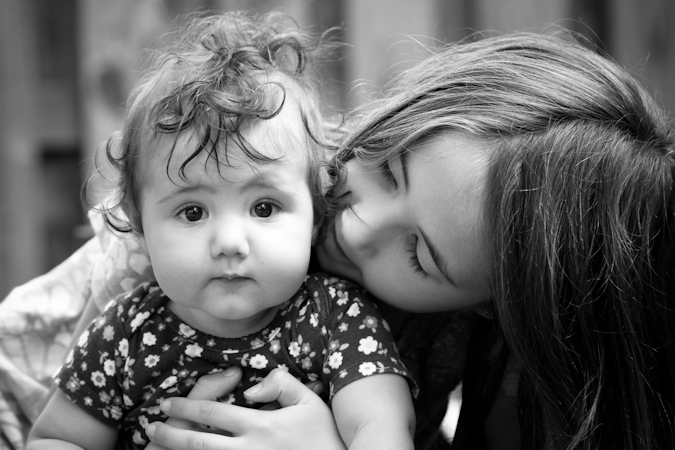 Tonight Savanna looked at her little sister adoringly and asked, “Will we ever fight?”

It’s hard to imagine.  I know there will come a time that I will say her name in exasperation, frustration, or anger.  She will speak to me in the same ways.  We will fight.  I hope not often.

When Savanna was a baby, I didn’t think a day would come that I would yell at her.  It was unthinkable.

I am amazed every day just being with this baby.  I appreciate it in a way that I couldn’t when Savanna was her age.  Older parents used to stop me in store parking lots and tell me to enjoy her.  Sometimes they would say, “Enjoy her now.  Just wait until she’s a teenager…”  I smiled and continued on my way.

When my second baby, Avery, was just six weeks old, a friend had us over for dinner.  Avery cried a lot when she was newborn, and I was exhausted.  My friend looked at us with this newborn and two year old and said, “That’s when it was simple.” I was too tired to say anything but I was irritated and thought, “She has forgotten what having a new baby is like.”

Now I understand what she was saying.  She didn’t say, “That’s when it was easy.” She said simple.  She was right.  A baby’s needs are simple.  Hold her.  Nurse her.  Kiss her.  Sing.

Just yesterday I was out with all four of my kids.  We were sitting in front of a nearby market eating ice cream.  An older woman looked at us and said, “Those were the best years of my life.”  She asked a man standing nearby, “Aren’t those the best times?  You don’t know it at the time but it’s the best time.”  He nodded and talked about how his girls were grown now and he used to do just what we were doing.  She said, “Enjoy it.”

3 thoughts to “Will We Ever Fight?”