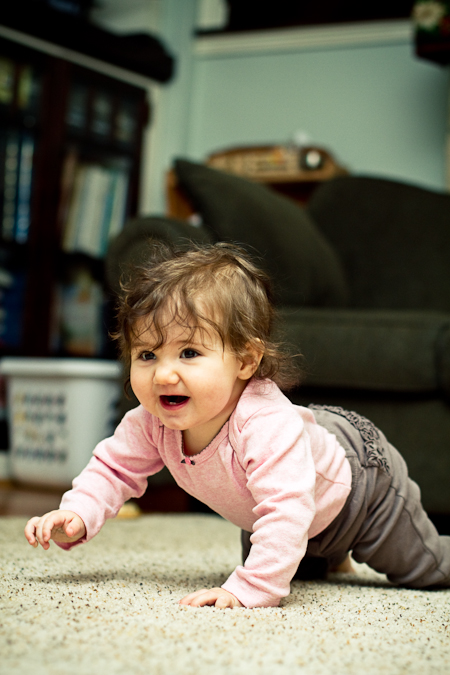 Gone are the days of putting her down and expecting her to stay there for more than a moment.  Our little girl was in no rush to crawl.  After all, her big sisters and brother brought everything to her.  She began by moving very slowly using only her arms and pulling her legs behind her.  Then one day, she found her legs and was off.

With her new found mobility, she has become a little worried too.  She needs to have either myself or Steve in her sight at all times.  Last night she was downstairs with her dad and I was upstairs with her brother.  Suddenly, I heard her scream.  Her brother was with me so I knew it was nothing he did.  The screaming stopped as quickly as it had began.  When I came downstairs, I asked what had happened.  Steve said, “I walked into the kitchen.”  As soon as he returned she was fine.  This is new.  But it’s not surprising.  Her world has gotten a little bigger this week. 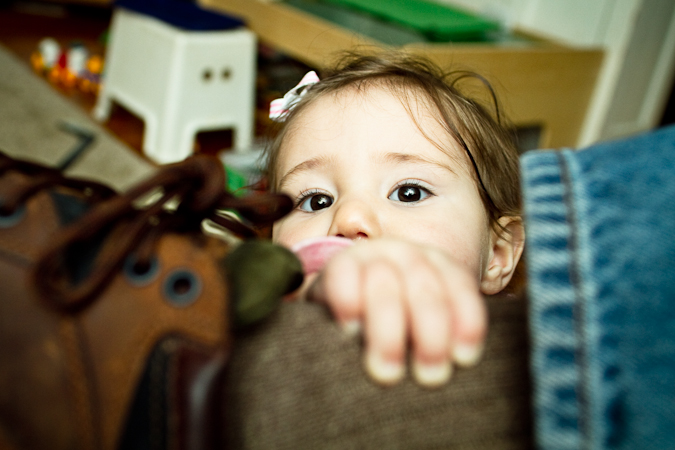