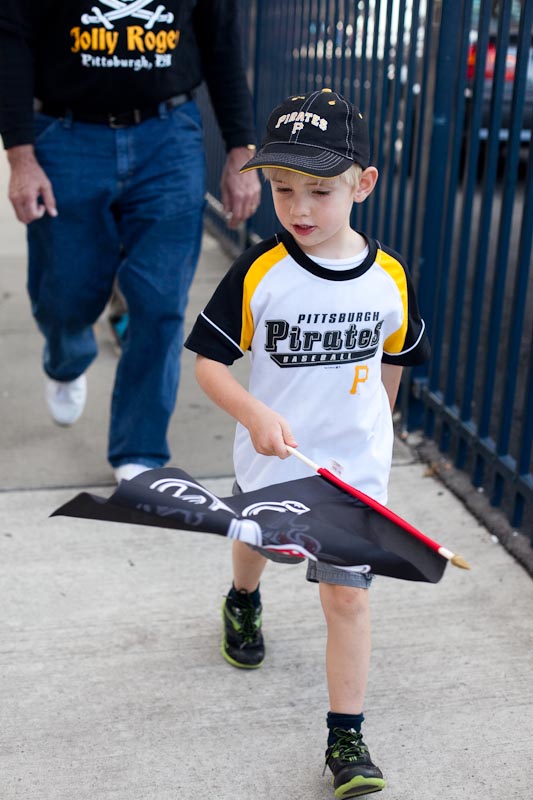 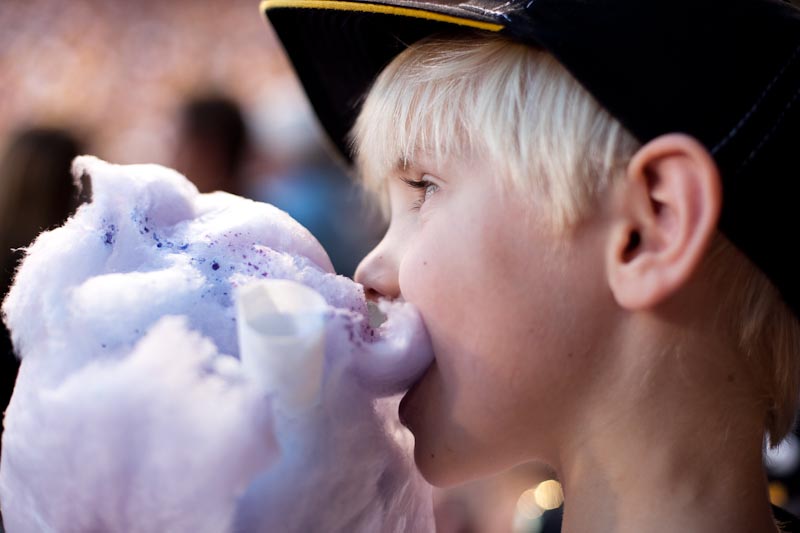 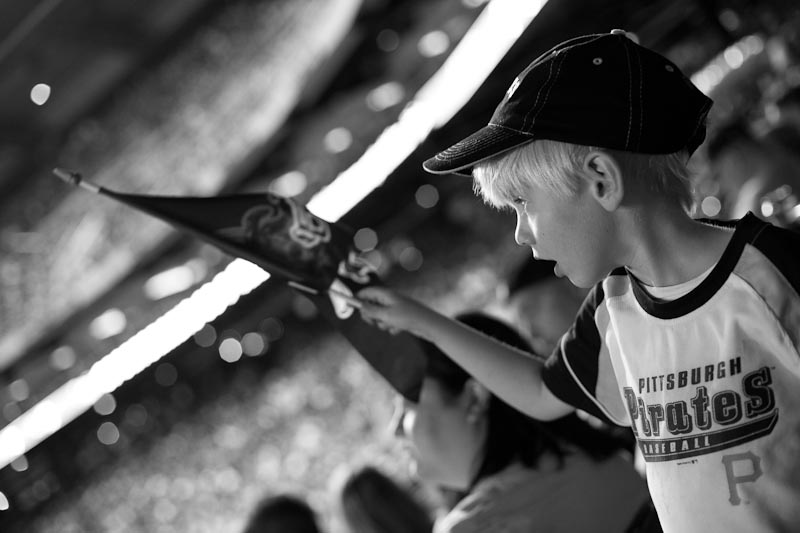 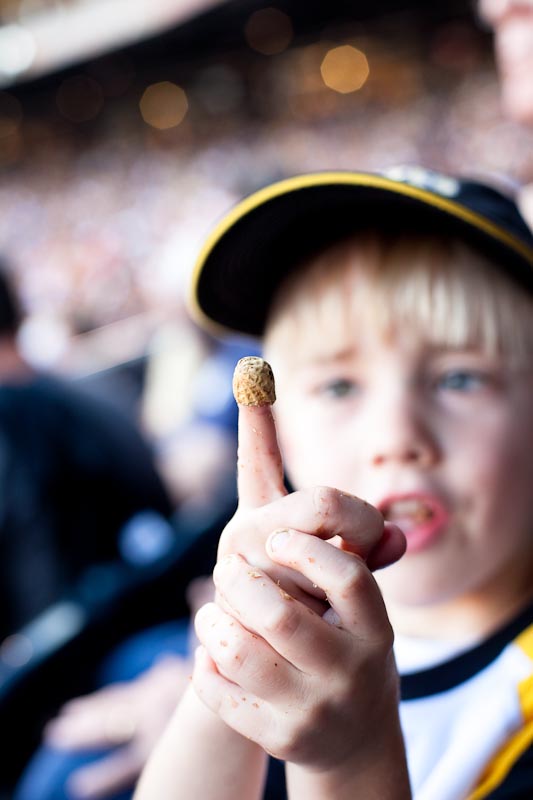 My parents took me and my boy to a Pirates game Friday night.

On the way in they bought him the flag.  He waved it at every opportunity.

During the game he asked, “What is the pink stuff that man is carrying?”  His grandpa bought him some.  (His was purple.) He said, “It’s better than M&M’s.”

Of course, there were peanuts too.

He got everything he asked for and the Pirates won the game to boot.  (Something they’ve been doing a lot more than we’re used to.) 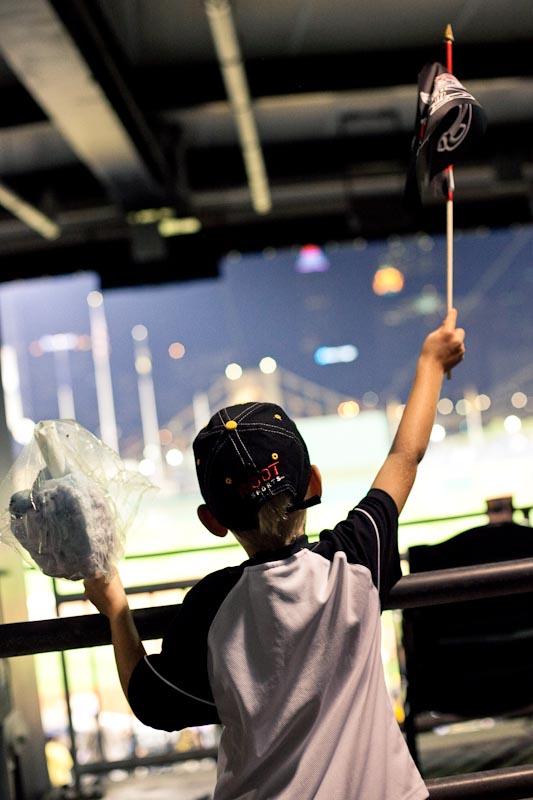