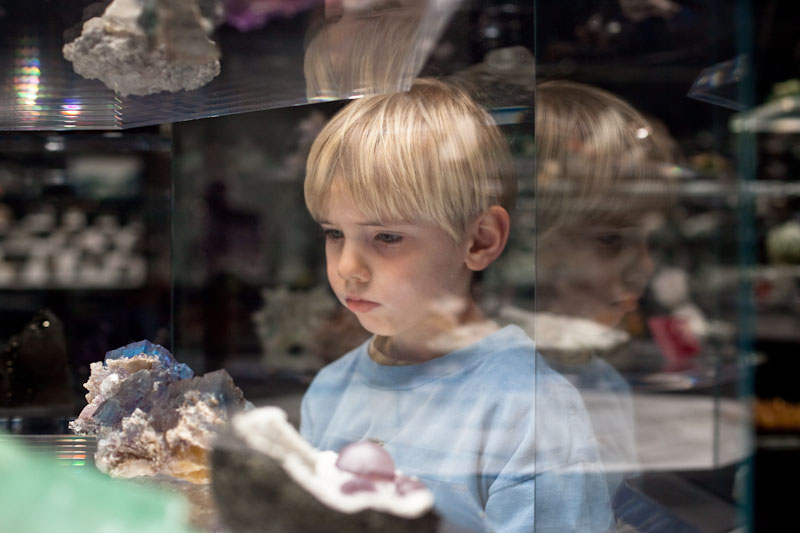 He’s been asking, “What is a gem?”  Gems have a lot of significance a video game he plays, Temple Run. But Atticus doesn’t know what they are.  I told him I have one in my ring that Dad gave me.  He asks to see it every day.  He still asks, “But what are gems, really?”

I love an answerable question.  And I knew just the place.  I took him to the Carnegie Museum’s Hall of Gems.  We walked in and immediately he said, “This is not what I thought it would be like. Let’s go.”  Maybe he thought there would be sand and wooden chests full of gems?

I insisted we walk through the hall, at least to see the big rubies and emeralds which the most similar to what he sees on his game.

He didn’t change his mind about the Hall of Gems.