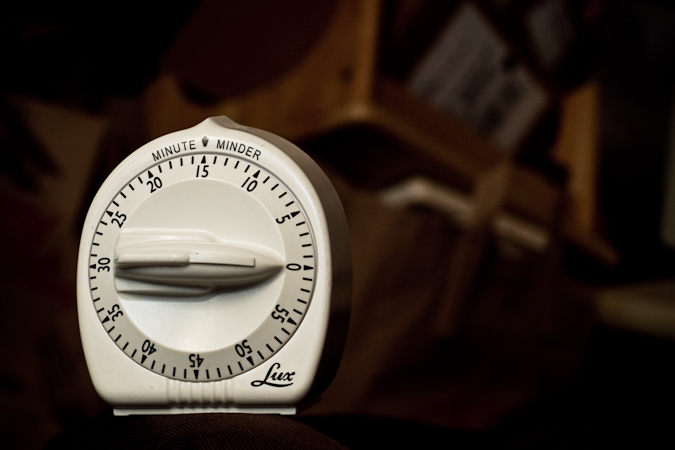 Clothes, toys, books and once useful items have been carried, one armload at a time, out of of sight and into the basement.  Slowly, the piles grew and finding anything down there became an unpleasant task. At beginning of the new year, I decided to do something about it.  I planned to spend fifteen minutes a day (no more, no less) cleaning in the basement.  I had always seen it as a huge job that required uninterrupted hours that I didn’t have.  What about fifteen minutes? What could I get done in fifteen minutes?

It’s been 26 days now and I’ve donated two loads of clothes and toys, taken at least six bags of trash to the curb and found my daughter’s favorite pajamas that had been missing. I went through the girls’ dressers with them and took out clothes that were too small and had somewhere to put them.  There’s still lots more to do in the basement and all around the house, but now, when I see an overflowing closet I think, “Fifteen minutes.”

I felt the same way when I started editing photos.  There was so much to learn.  I felt like I did the first day I went down to the basement and just looked around wondering where to start.  I felt like I needed uninterrupted time to figure out how to edit my photos.  But, I have a family, and I not only need to take care of them, it’s what I want to do.  Then I took on Project 365 on Flickr and worked on a photo every day, and I did learn.  I didn’t figure it all out on the first day, but by the end of a year, all those minutes did add up. I still don’t feel like I know enough about editing photos.  There’s so much more to learn.  I see plug-ins and actions and layers and I think, “Fifteen minutes.”